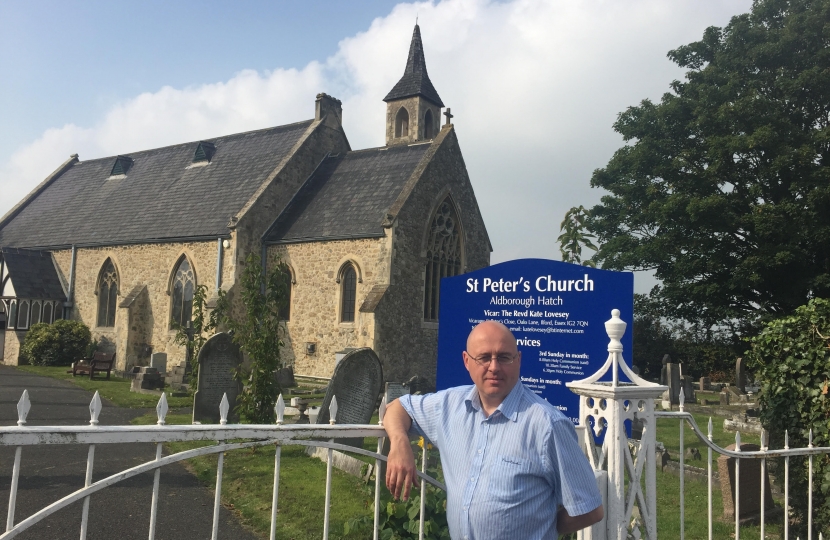 Conservative Cllr Prince, who has represented Barkingside for 12 years, is “the local boy” in the race to become Havering and Redbridge’s representative in the London Assembly.

“I understand local issues and they are as important for me as they are for people in both boroughs because I suffer them too.

“I have the opportunity to change people’s lives,” he said.

The 57 year-old was born in Elm Park and lived in Romford until he was 28. He went to Upminster Comprehensive School and Havering Technical College and served as a councillor for Gidea Park between 1990 and 1995.

The Elton John fan and father-of-three later moved to Ilford with his family and his children attended school in Redbridge.

Cllr Prince has been out on the streets to meet residents of both boroughs and said he regularly recognises people he has known for years.

“I am someone from that community and I hope these people can see the benefits of having someone they know represent them.”

He is keen to find tangible solutions to homelessness, backs the campaign to remove Gallows Corner flyover in Romford – a notorious accident hotspot, and supports Boris Johnson’s idea of building a new airport facing the Thames’ estuary.

Housing, school places and building a Southern entrance to Romford station are other issues he wants to work on.

The former marketing manager for LBC Radio is determined to be “a GLA campaigner” and does not want “to get side tracked by national issues”.

He hopes investment will continue to support the Crossrail project and wants to use his existing links to secure funds for Havering and Redbridge.

“I hope I can be that bridge between the Conservative government, the Mayor of London, the GLA and Redbridge and Havering boroughs and that the links I have will give me more influence to get things done.”

The London Assembly elections will take place in May 2016.