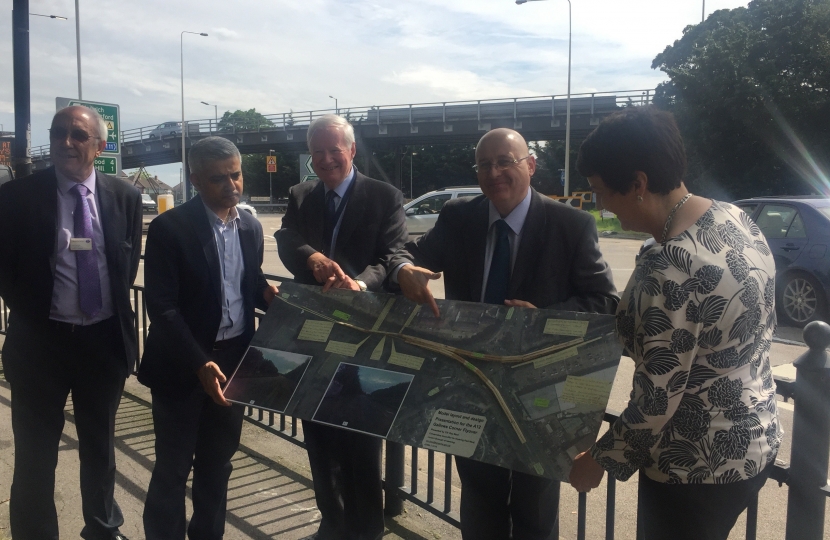 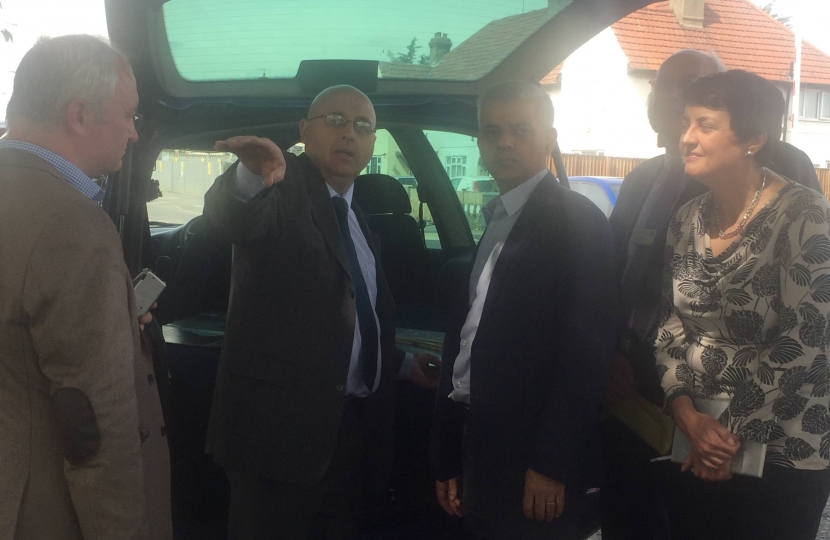 “The status quo is not acceptable to me,” is how London Mayor Sadiq Khan described the dangerous traffic situation around Havering’s Gallows Corner roundabout on a recent visit to the area.

The Mayor met Greater London Assembly Member for Havering & Redbridge Keith Prince at the location, after Cllr Prince brought concerns to his attention earlier this year.

Mr Khan was shown the layout of the area and was explained the dangers to motorists in negotiating the roundabout.

“And it’s because of the speed at which you have to come onto and off the roundabout and then, of course, people who are trying to access the roundabout are met with a solid wall of very fast moving traffic. It’s very dangerous.”

Cllr Prince had brought along a three dimensional mock-up of his prospective solution to the problem -a second flyover – designed by Havering Councillor Ray Best, which he showed to the Mayor.

He explained that a previously suggested possible solution, the construction of an underpass, would be far too expensive.

Cllr Prince feels the idea of a second flyover is a cheaper, much more acceptable option.

Mayor of London Sadiq Khan said: “As a result of what Keith has said I am very concerned.”

“I promise you this: we will work with the council – the status quo is not acceptable to me.

“We need to look at what we can do for Gallows Corner.

“We take this very seriously.”

Commenting after the visit, Cllr Prince said: “I think it went very well.

“The high point is that he made a statement that ‘the status quo’ is not acceptable.

“That’s a real win for us in Havering because that means his officers will have to ensure they come up with some solutions.”