The Mayor's one hour bus ticket could cost £50 million per year, says Keith Prince AM 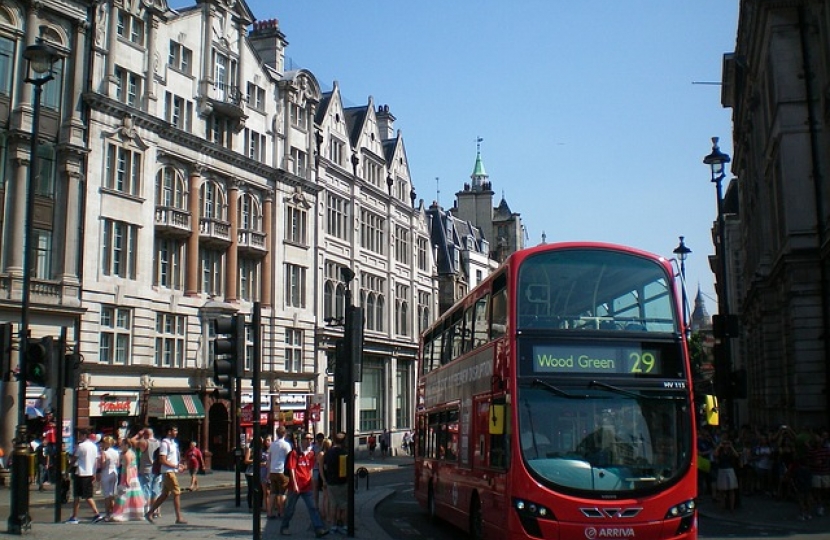 The new ‘Hopper’ ticket announced by the Mayor of London could cost £50 million per year, according to Keith Prince, Assembly Member for Havering and Redbridge.

City Hall says the new fare will allow passengers who use pay as you go on Oyster or contactless payment cards to make an additional bus journey for free within one hour of touching in on the first bus.

But Conservatives on the Assembly have called on the mayor and TfL to say how the new concession will be funded and to confirm whether the existing day cap will be retained.

Assembly member Keith Prince said: “Clearly Londoners will initially welcome a change that would appear to save them money.

“However, TfL’s long-held position has been that a one-hour bus ticket only made sense as a replacement for the daily cap. Londoners deserve confirmation that the £4.50/day cap will not be scrapped.

“In addition, TfL confirmed in October that the one hour bus ticket would cost £50 million per year. Mayor Khan should make clear what he will be cutting in order to finance this change. If he refuses then we can be clear that this change will cost us all more in the long run.”

Technology limitations mean it’s not possible to offer unlimited bus journeys within the hour but City Hall says planned technology upgrades will allow this to happen by the end of 2018.

According to Transport for London, around 86 million passengers currently make another bus journey within one hour.

London’s Transport Commissioner, Mike Brown, said: “This new option will benefit a huge number of our passengers. For many people catching more than one bus is the only way they can get from A to B.

“This fare will enable us to better meet the needs of those Londoners who live or work in areas which aren’t as well served by Tube or rail services.”

The new system is due to take effect from September.

The full story is here on MayorWatch