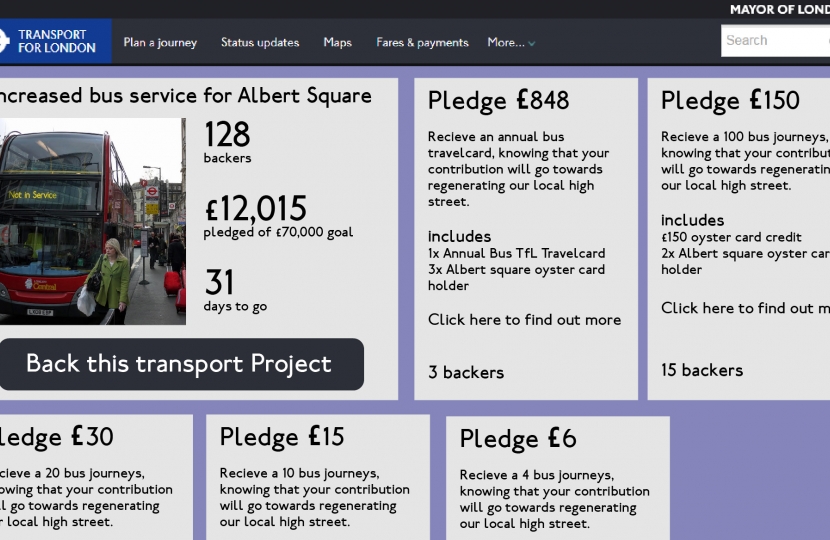 Transport for London should consider using crowdfunding to help finance infrastructure projects like new bus or tram routes, says a new report by Keith Prince AM.

Crowdfunding Transport shows projects have stalled because they are at a benefit to cost ratio just short of making them financially feasible.

TfL could replicate the success of online crowdfunding sites such as Kickstarter or Gofundme to top up its finances and take these projects over the line, says Assembly Member Prince.

Local businesses and campaigners would be incentivised to contribute to a particular scheme, for example a new tram link, with rewards such as discounted tickets or publicity of their support.

Conservative London Assembly Member Keith Prince said: “This modern financing technique puts Londoners in the driving seat of the city’s infrastructure projects and could help even out the balance sheet to kick stalled projects into gear.

“Businesses across the capital have used crowdfunding to grow and expand their businesses – there is no reason TfL cannot do the same to top up funding for important infrastructure projects.

“I believe campaigners and businesses would be motivated to pledge money to make popular projects a reality – especially if they can be rewarded with discounted tickets and other incentives.

“With TfL’s finances being increasingly squeezed, it is more important than ever that we come up with innovative financing solutions and this could put many of TfL’s projects back on track.”

The report recommends TfL setup a new website that lists the cost-benefit analysis of all the projects that it would support being built, and where appropriate includes the chance for Londoners to pledge money to pre-buy tickets for a project.

You can view the report here