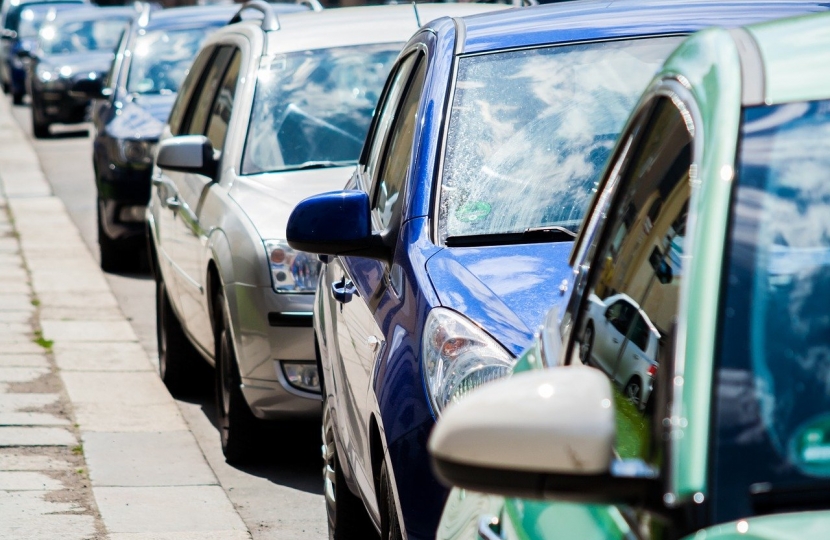 Sadiq Khan's Congestion Charge hike comes into force today, with the daily fee for driving a car into the centre of London rising to £15.00, and the hours of operation extended from 7am to 10pm, seven days a week.

“Londoners will be rightly feeling robbed today, and undoubtedly, many small businesses and working people will be seriously worried about their ability to work and trade in central London.”

“Sadiq Khan’s Congestion Charge hike will hammer working Londoners and hurt our city’s economic recovery. It’s deeply unfair that Londoners are paying the price for the mess Sadiq Khan has made of Transport for London’s finances. “For four years, the Mayor has pursued transport policies he knew London couldn’t afford. The Mayor’s fares freeze and continued delays to Crossrail have cost the taxpayer billions in lost revenue and bailouts. On Khan’s watch, TfL has reached a record debt of £12 billion and 21 major transport upgrades have been delayed or cancelled to solve its money woes. It’s no surprise that TfL has crumbled during this crisis.  “First, the Mayor tried to shirk responsibility for his decision to hike the Congestion Charge. Then, he prevented Londoners from having their say by holding an appallingly short consultation. Instead of playing the blame game, Khan should have listened to Londoners’ concerns and abandoned his disastrous Congestion Charge plan.”

What London desperately needs are sensible, flexible, and responsive plans to promote walking and cycling across the city, which don’t result in gridlock for motorists. If a scheme doesn’t work, TfL must be brave enough to scrap it. If a cycle lane lies empty, it should be axed. And instead of celebrating the 27 per cent reduction in cars and 36 per cent fall in minicabs on weekends due to his congestion charge hike, Khan should consider the livelihoods that hang in the balance.

These anti-car plans have far more to do with politics than any environmental motive. The mayor is desperately trying to fill the black hole he has created in TfL’s finances. The fact that opposition predominately comes from Conservative-voting outer London boroughs has given Khan free rein to plough on with his flawed plans. The mayor doesn’t design plans fit for beyond Zone 1 because he doesn’t need votes from outside inner London; he has every incentive to penalise those living in outer boroughs with higher road charges.

That’s why Khan rushed the introduction of the Ultra-Low Emission Zone in central London, giving businesses, charities, and working people less time to prepare. It’s why he plans to extend the ULEZ charge up to the North and South Circulars, despite fears the infrastructure needed could cost £780 million, dwarfing the air quality benefits. And it’s why Khan hiked up the congestion charge by 30 per cent, extending it to evenings and weekends.

Transport for London is broke. Khan has run it into the ground. In four short years as Mayor, he squandered more than £640 million on a fares freeze which benefited tourists over commuters, maxed out TfL’s credit cards and increased its debt to a record £13 billion. Consequently, TfL couldn’t afford much-needed upgrades, 21 major transport projects had to be delayed or cancelled and the network needed a larger bailout following the pandemic.

For Sadiq Khan, squeezing every penny out of hard-working Londoners who drive and forcing them off the road is not just a political win, but helps fix a financial mess of his own making. This cynical war on motorists is jeopardising the capital’s recovery. As ever, working Londoners will pay the price.

Article by Keith Prince AM first published by The Sunday Telegraph.